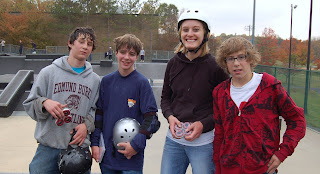 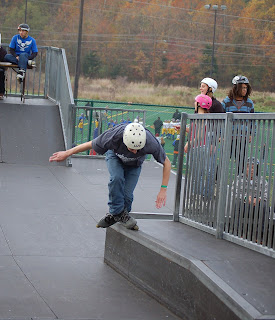 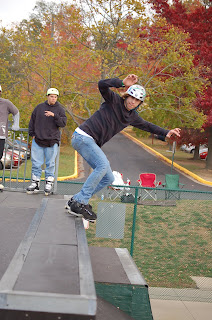 The Final Inline Competition of the season happened yesterday at the Wakefield skate park . Even though it was cold as a mother, there were some serious hammers being thrown. Greg G's monster disaster sweaty took best trick of the contest. It took him multiple trys, but when he finally stuck it, it was worth the wait. The intermediate division showed some great skater with some tremendous promise. It broke down like this:
Ella Mae was slaying the rail with sweaty's.souls,mizous,and top acids. After winning this division she now has bumped herself up to advanced.
The advanced round was 30 minutes of amazing skating. The final 6 wereDaniel Breuer (cat food),Greg Gazdowicz,Bear phillips,Eddie Chung,Dustin Watson,Jeff Phang. After a small break they were given 5 minutes to throw down all they had. The course was cleared and after 5 minutes, they were given five more, because the hammers were just that good. The Breakdown is as follows:
Thanks to everyone who came out. It was great to see the fruitboot community coming out in full force. I would also like to thank Wakefield park for being so accommodating and allowing us to run an amazing comp.
Posted by alpine bunch at 8:47 AM