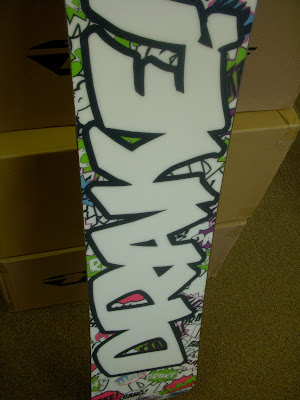 Drake Decks are back in stock, and you won't believe the Prices. I negotiated some sick deals, and now we have packages that SLAY the competition. Stop in and check these out. I promise you will not be disappointed. 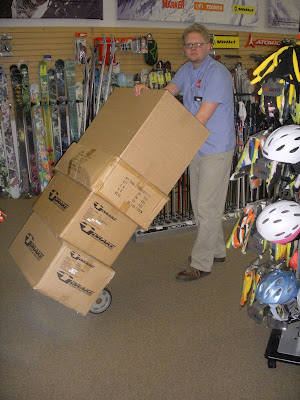 Ian is rolling in the bindings and bags off the truck. 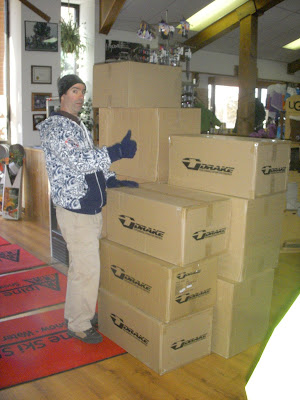 Ty is giving the big thumbs up after unloading 2 pallets. Ty had to climb in as the guys didn't have a pallet jack. The boxes were in the front of the 18 wheeler, and the driver wouldn't help. Said something like it wasn't in his contract, then he proceeded to smoke a couple of fags. 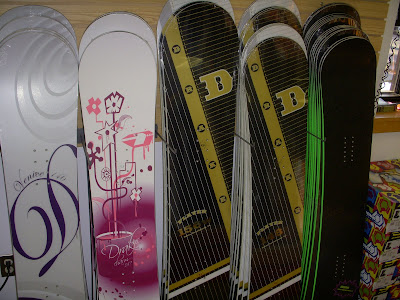 Here's the deck line-up. 2ladies models and 3 mens. All come in a package with either board/ binding, or board/binding/boot and bag. 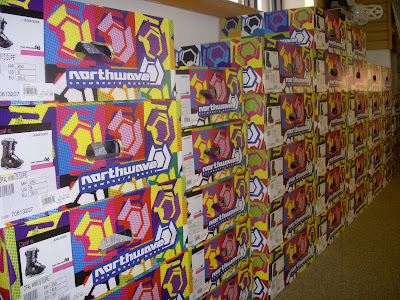