I still hear customers talking about how much they loved their original Scott boots from the late 70's and early 80's. It seems as though the 2013/14 season will be bringing a bunch of new ski boots to market. First we hear of K2 developing their boot line, and now Scott is back in the game. 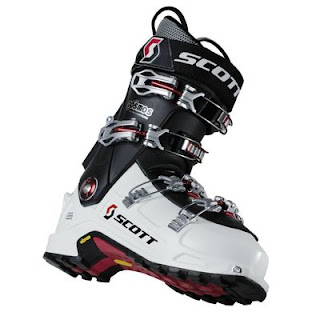 A couple of months ago, Scott acquired the ski boot production division of Garmont, including intellectual property, molds, and personnel from Garmont Italy. So it's re-entering the boot category with a proven manufacturing platform and product design team. This isn’t Scott's first foray into ski boots—in 1971, the company made what was then the world’s lightest model. Combining its existing product development team, which has a broad range of experience in bike, run, and moto footwear, with a number of key former Garmont designers, Scott plans to push the envelope of innovation, technology, and design in the ski boot space.